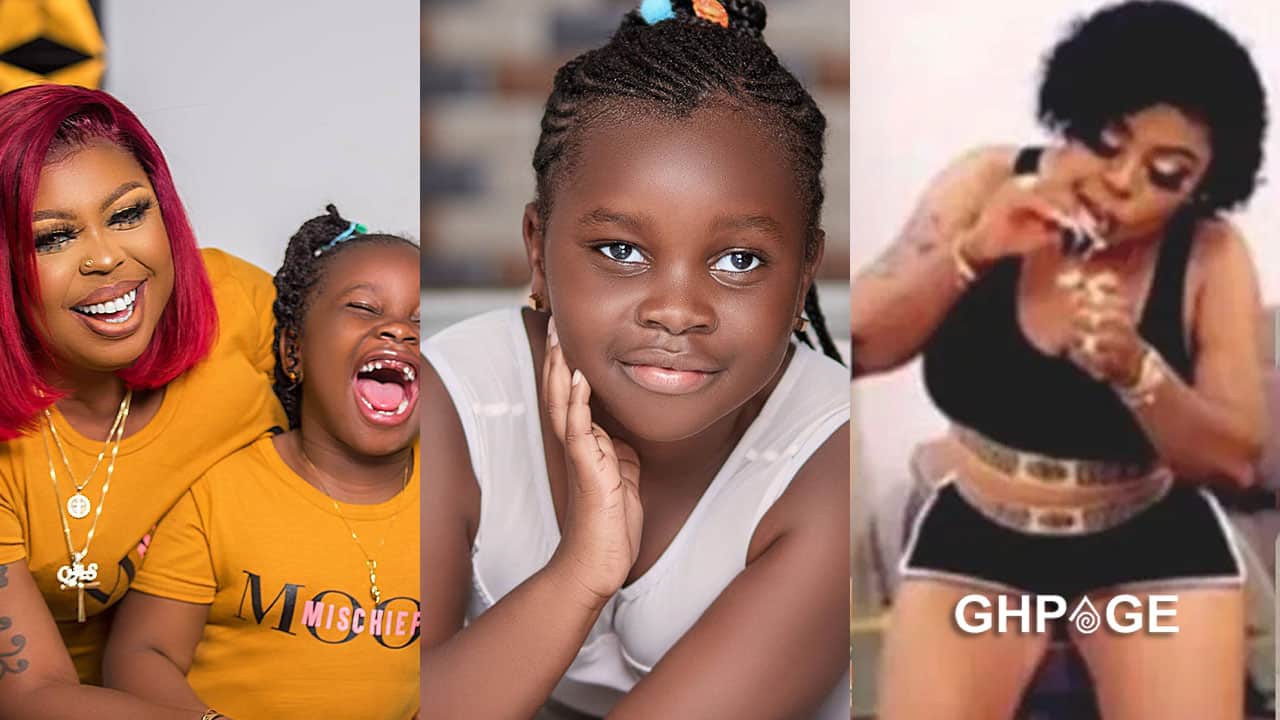 Reports makings the rounds suggest that the orphanage home where Afia Schwarzenegger filled for the adoption of her daughter Adiepena Geilling Amankona has allegedly requested for the child to be returned to them.

This allegation was made by a lady in a video updated to Tik Tok in which she claimed that the management of the unnamed orphanage had officially written to the loudmouth actress to return the kid.

According to her, the orphanage made this request following their observation of what she terms as Afia Schwarzenegger’s bad parenting, which they fear will have a negative influence on the 6-year-old girl.

It’s alleged that Afia Schwarzenegger smokes and abuses narcotic drugs like marijuana, as well as drinks alcoholic beverages, in the presence of Pena.

She adds that another reason behind the orphanage’s decision to take action against Afia is the gay peddled by Nana Tonardo against one of her twin sons, James.

A few days ago, a source alleged that Afia Schwar is guilty of sending Pena on errands to fetch her hard drugs to smoke and alcohol to drink.

This is a developing story. We will bring you updates as to when they come in.