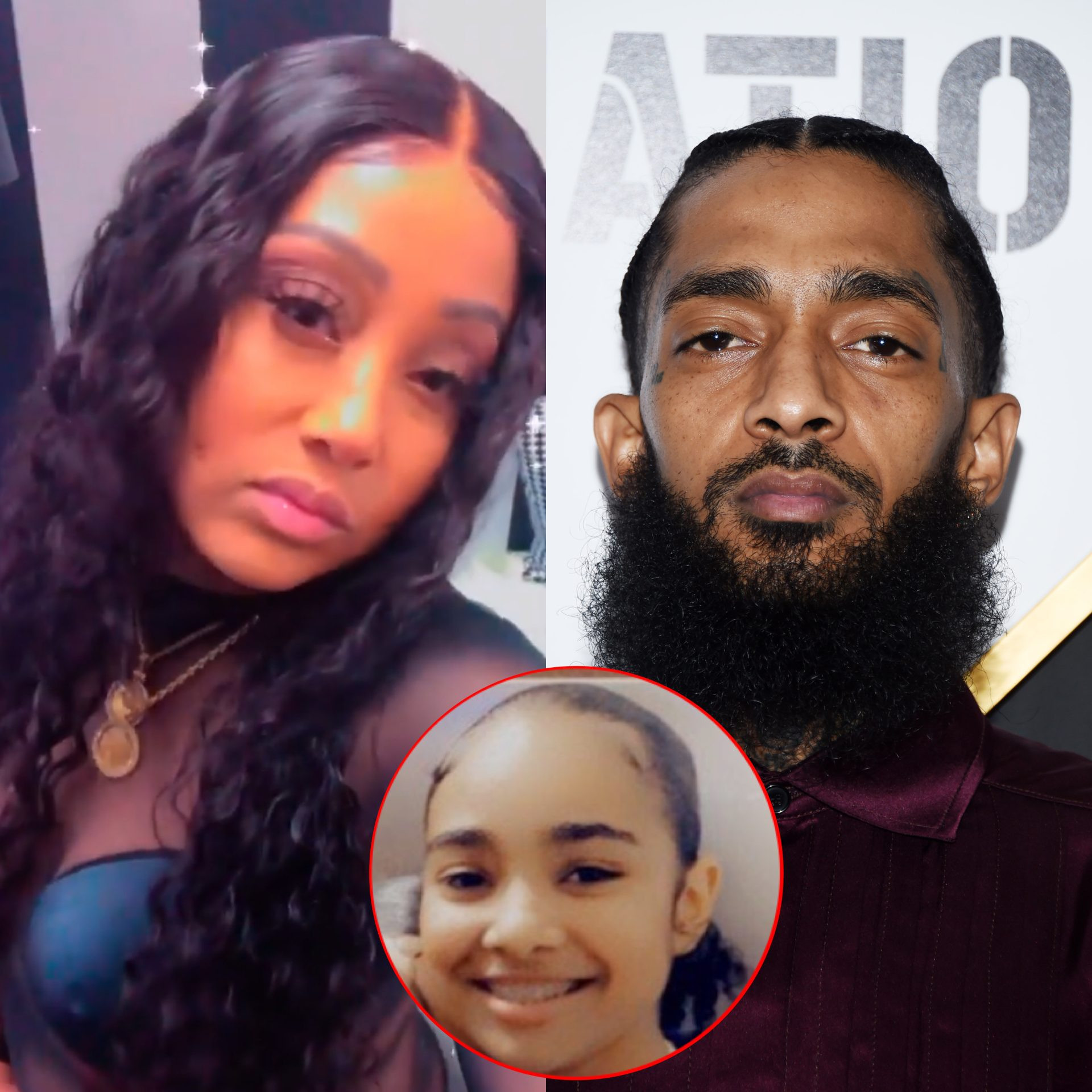 The family of late American rapper Nipsey Hussle is at war over the custody of his young daughter, Emani Asghedom.

According to new legal documents, obtained by The Blast, Tanisha Foster, who is the mother of Emani Asghedom,  is objecting to the guardianship currently in place for the 13-year-old, consisting of Nipsey’s family including his brother, Sam.

In the filing, Tanisha claims she was in a “loving relationship” with Nipsey at the time of his unexpected death, which existed since the birth of their daughter in 2008. During his lifetime, the two of them shared custody of Emani, and Nipsey was the primary source of financial support for both of them including housing, food, and other “living expenses.”

It should be noted, Nipsey was in a very public relationship with Lauren London at the time of his death, and the couple shares several children.

Nipsey was murdered by a known gang member in front of his Los Angeles store, which was obviously a sudden “shock and tragedy” for both Tanisha and their minor daughter. At the time, Emani’s mother says she allowed a guardianship to take hold giving several of Nipsey’s family members custody of the child.

“Tanisha’s motivation for doing so was in recognition of her own financial limitations; her desire to maintain the standard of living and family contact the minor had experienced with the paternal family prior to her father’s death; and upon the verbal assurances that each of them would act in the best interests of Emani,” the document states.

Unfortunately, she claims, shortly after entering into the agreement they started “using their financial position and influence to disregard their priorities by controlling the desires of Emani and Tanisha by withholding financial assistance and reducing visitation.”

She says she no longer agrees with the guardianship and is asking a “neutral experience financial planner” to be in charge of Emani’s inheritance from her father.

Tanisha claims one of the major issues with the current situation is that Nipsey’s family “have frequently demonstrated their disdain for Emani’s mother in favor of Lauren London who is the mother of the other two minors and such attitude may impact the ability for (the family) to carry out their fiduciary duties as guardian of the minor’s estate.

In the filing, Tanisha says, “I have continued to be an active part of Emani’s life. She spends the night with me often, I take her to school, and I continue to do the things a parent would do with their child. I am very unhappy that the guardians will not take my calls. They have blocked me on their cell phones. I have to go through a third party or Emani to communicate with the guardians.”

She continues, “There are no circumstances or events in my life that would disqualify me for regaining my exclusive role as Emani’s parent. There is no longer any need for guardianship. Emani routinely asks me when are she and I going to be able to live together. She longs to be with me as her mother. I am begging the court to terminate the existing guardianship.”

The family is due in court on March 25, 2022, and a judge will be given the task of deciding on the issues.

Next post Sign a new contract with Liverpool, what are the options at the moment? – Michael Owen tells Mo Salah