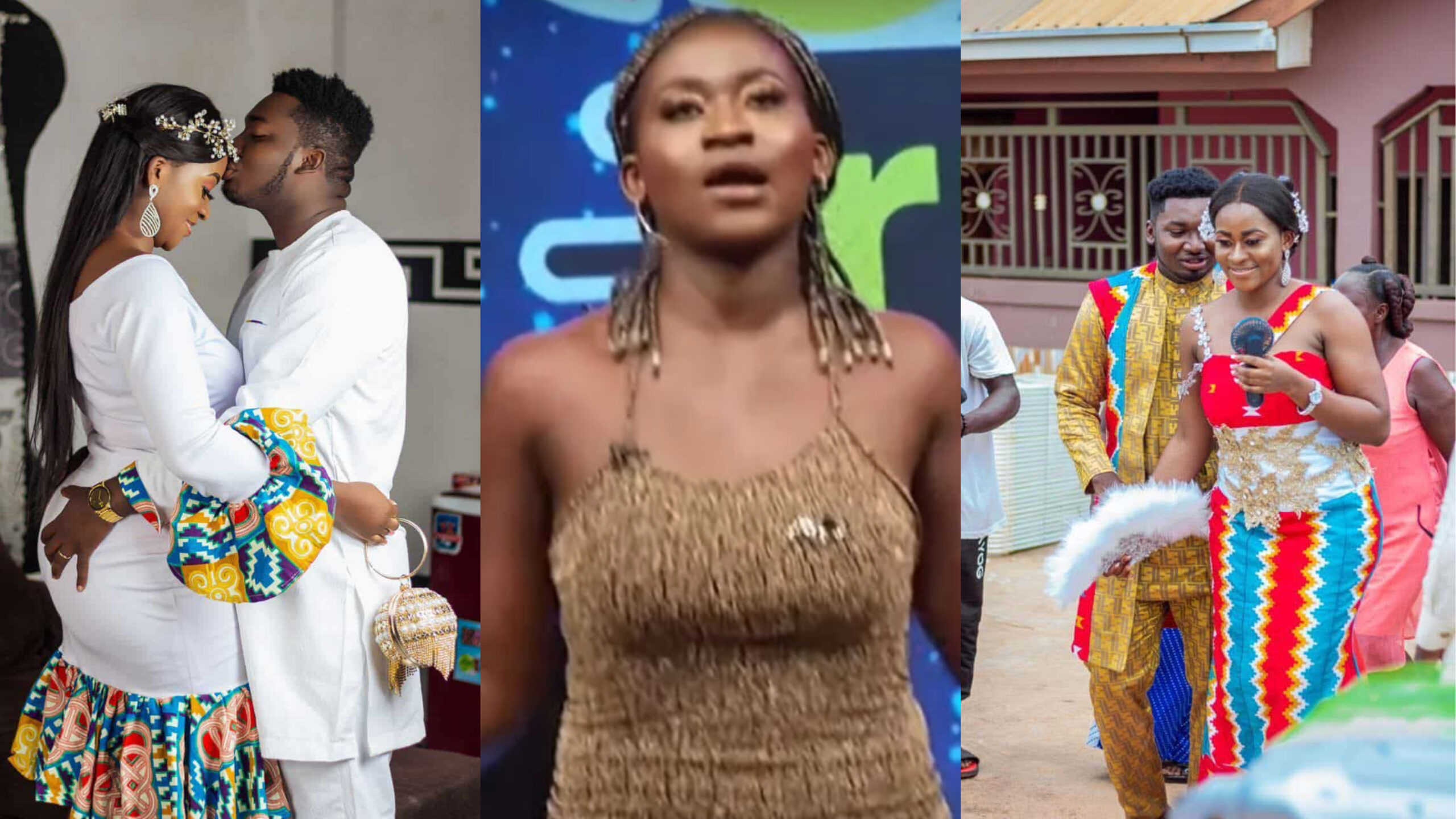 Nana Adwoa of Date Rush is a married woman who has hidden her identity in search of love on the show.

Details have emerged about her secret marriage which she has kept cooly from the prying eyes and itching ears of the public.

Photos of her marriage ceremony and her husband have emerged on social media that expose her as a married woman with kids who were not supposed to be on the show.

Nana Adwoa made her first appearance on Date Rush on Sunday, May 15, 2022, and her enormous butt sent the 10 ten men who had lined up on stage and the audience into a frenzy.

Her last relationship with her ex-boyfriend ended after she discovered he was cheating on her with another girl, she revealed in her profile video, but the only thing missing in her life was a man.

Raymond was chosen as the 24-year-old curvy lady’s date, leaving one of her admirers near to tears that he wasn’t chosen instead.

Nana Adwoa married an up-and-coming musician known as 2 Shy, who now lives abroad, in the year 2021 at Konongo in the Ashanti Region.

Because of his one-time hit song Azonto Girl, the husband’s name may ring a bell in the ears of many music fans.

It’s unclear why a married Nana Adwoa would appear on a show aimed for single people looking for genuine love and future connections.

Many individuals have been stunned by this unexpected disclosure, which comes just weeks after 2 Sure was exposed for a similar occurrence.

Check Out Photos Below…