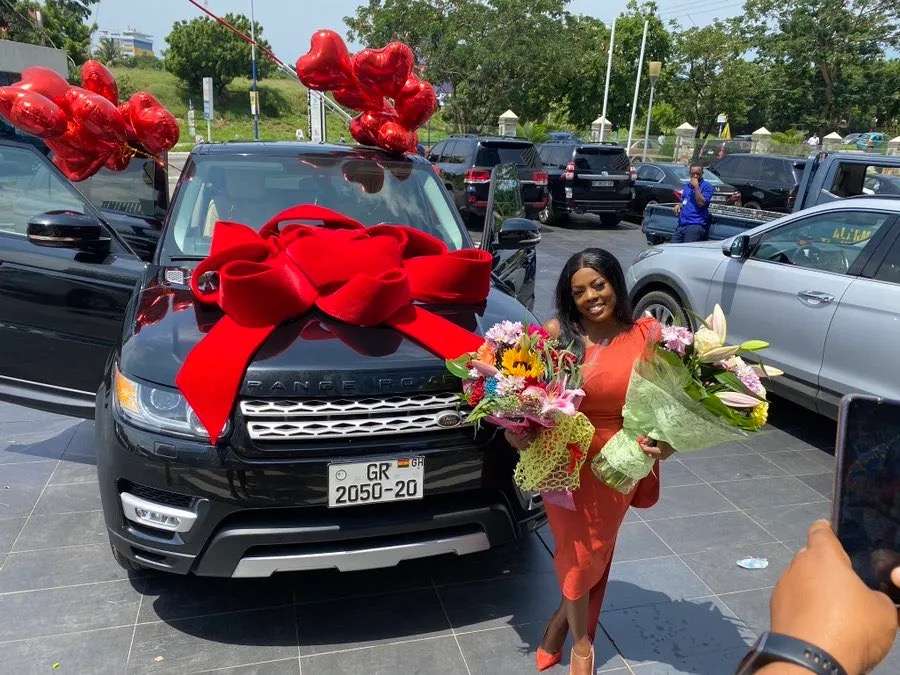 In a sudden twist of events, Nana Aba’s boyfriend has taken back his Range Rover from the ace journalist.

According to sources, Nana Doe is the true owner of the range rover being utilized by the GhOne TV journalist.

It stated that Nana Aba was eating at a well-known restaurant when Nana Doe and his boys stormed in and demanded the car and the extra keys from her.

The insider claimed Nana Aba has been pleading with him via text messages to give her the car, though it is unclear why a presumably affluent boyfriend would allow his fiancée to fall into such disgrace.

This is the second time Nana Aba has had an issue with who is the rightful owner of her car.

A few years back, she allegedly branded someone’s car after receiving it as a birthday gift. This was the first occurrence.

Even though it became clear that the car wasn’t registered in her name, Adu Safowaa continued to insist that it was for Nana Doe, whom she was also dating at the time.

The rumors are currently being devoured by social media users, and many are speculating as to whether Nana Aba Anamoah doesn’t own a car.