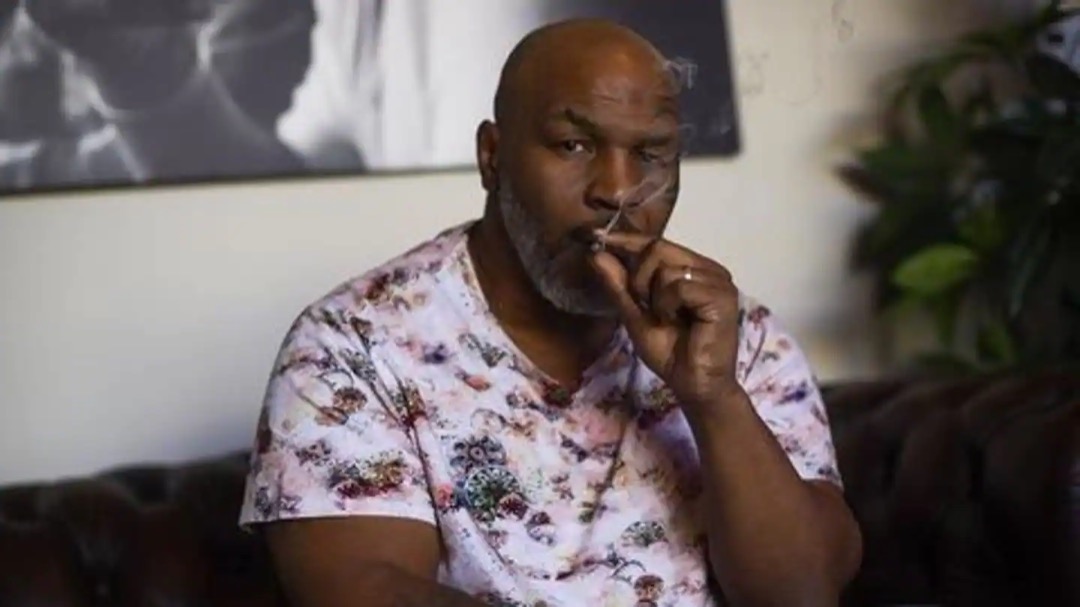 In a 2019 interview on the Hotboxin’ podcast with his co-host and former NFL player Eben Britton, Tyson revealed that he consumes about $40,000 worth of marijuana each month at his ranch in Southern California.

This equates to about 120 tonnes of weed annually.

Then Iron Mike asks, “Is that crazy?,” and the show’s guest, rapper Jim Jones, can’t believe what he’s hearing.

Fans won’t be shocked by Tyson’s drug use, though.

The former boxer established his own cannabis company, Tyson Ranch, in Southern California in 2015.

From a $44 million (£35 million) house in Desert Hot Springs, Tyson is lawfully cultivating his own marijuana.

An LA-based luxury real estate developer, with whom Tyson partnered to realise his “dream,” actually owns the marijuana resort.

On Twitter, fans have responded to Tyson’s confession with a range of diverse viewpoints.

“As he should. Along with the shrooms,” one comment read.

A second added: “My neighbour smokes weed worth 40 dollars and still gets high af lol.”

Meanwhile, a third questions the validity of Tyson’s claims: “This is 10,000% not true lmao.”

Next post How Ghanaian taxi driver, Gyimah Kutin, was lynched in the US [CCTV Footage]