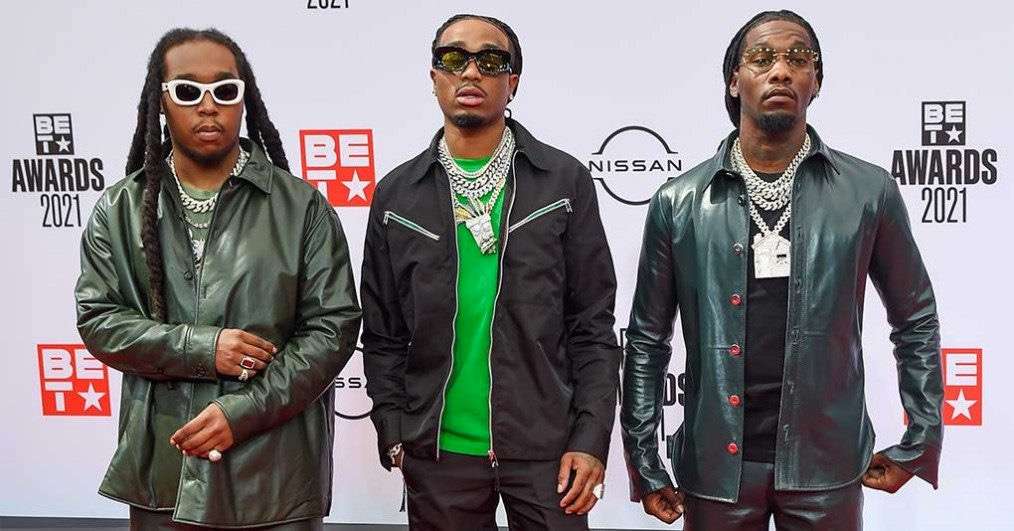 Quavo And Takeoff have addressed rumours about the breakup of the MIGOS.

But up until today, the group has kept silent about the subject. Quavo and Takeoff were asked about the future of the group when they were speaking with the “Big Facts” podcast.

They admitted to having a falling out with Offset, but they are still mum on what exactly caused it.

We just came from a devoted family, so I just feel like we want to see our career as a pair, Quavo stated. “We’re meant to stick together, but things don’t always turn out as planned. It wasn’t intended to be.

Migos ignited breakup rumours in May when they stopped following one another on Instagram. Additionally, they postponed their June Governors Ball performance due to “circumstances beyond our control.”

The conflict, according to Quavo, is between the three Migos members. “We merely stand on loyalty, real-deal loyalty… This has nothing to do with any label, paperwork, quality control, or anything else, he continued. “It is what it is, and this has something to do with the three brothers. We will now work as a pair until further notice.

Takeoff proclaimed, “Family is always going to be family,” and expressed optimism for a get-together. Only time will tell, so we will pray. We’re always a family. Nothing is going to change, he declared.

For the time being, Quavo and Takeoff are advancing their joint careers. Their album Only Built for Infinity Links, which features Summer Walker, Gucci Mane, Young Thug, Gunna, NBA YoungBoy, and others, will be released on Friday.

Offset is pursuing his solo career despite a legal dispute with Quality Control. His second solo album, which features the Moneybagg Yo-assisted hit “Code,” is due out on November 11.