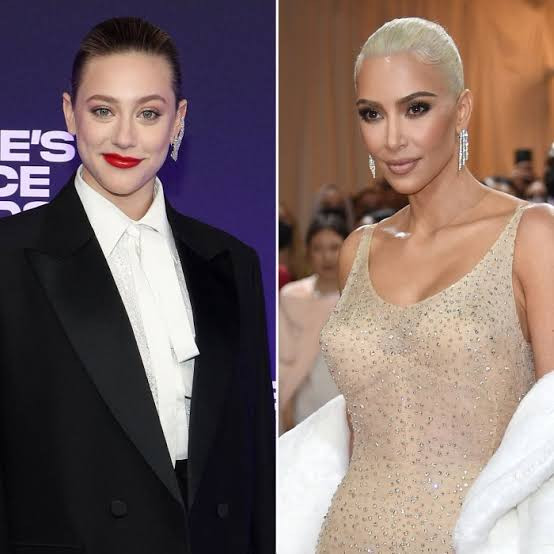 The actress slammed celebrities who put their “disgusting” choices of the glitz and glam of the Met Gala over their own health and then speak about it, thereby deceiving vulnerable fans .

Even though she didn’t name anyone, it’s clear to know she was referring to reality tv star, Kim Kardashian who made headlines for the drastic steps she took to lose 16 lbs. in three weeks to fit into her Met Gala dress, previously worn by Marilyn Monroe for John F. Kennedy’s birthday party in May 1962.

The reality star, 41, told La La Anthony on the red carpet at the Metropolitan Museum of Art in Manhattan that meeting that weight target “was like a role.

I was determined to do it” and achieved the look by cutting out sugar and other carbohydrates for three straight weeks.

“To walk a red carpet and do an interview where you say how starving you are… because you haven’t eaten carbs in the last month…all to fit in a f–king dress?” the “Riverdale” actress, 25, wrote in a now-deleted Instagram Story Wednesday, May 4 E! News reports.

“To openly admit to starving yourself for the sake of the Met Gala. When you know very well that millions of young men and women are looking up to you and listening to your every word. The ignorance is other-worldly disgusting.”