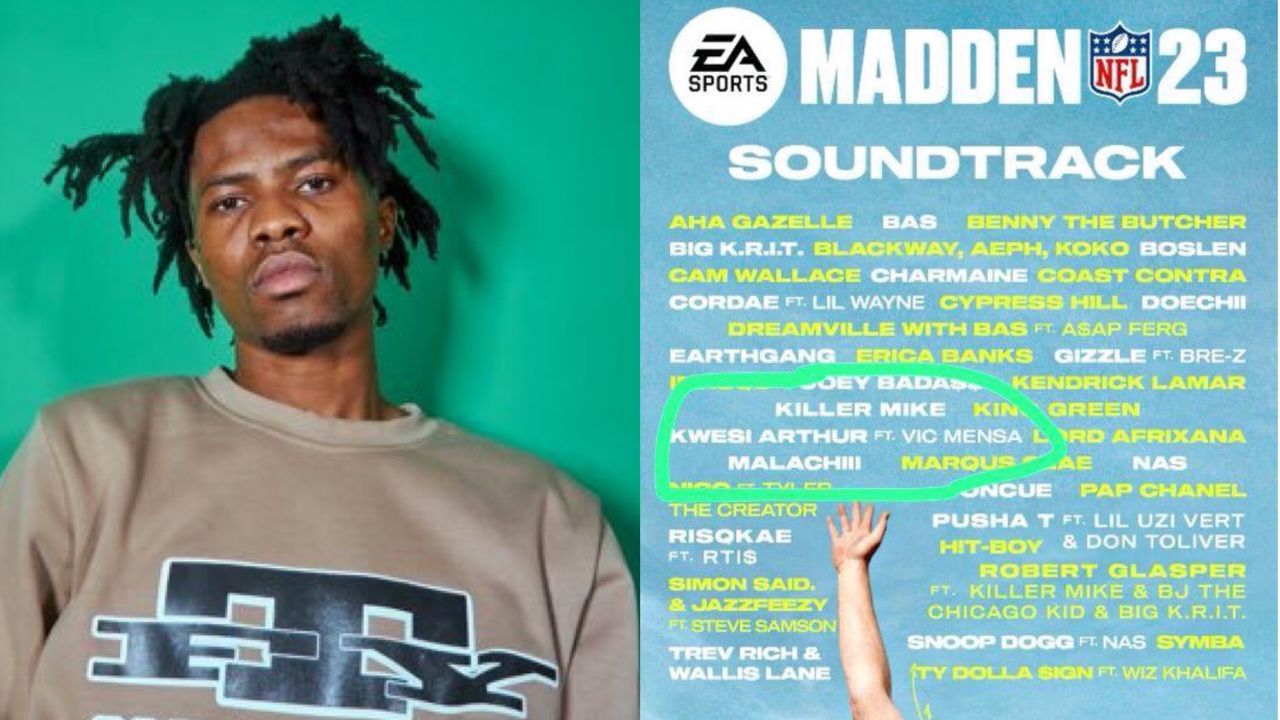 The track which was included on the Son of Jacob album will feature in the EA Sports soundtrack for the National Football League (NFL) 2023 which will be played across America at all the games.

This is a huge win for Kwesi Arthur as the “Winning’ track has the vibe that would possibly ginger the players for a win or to celebrate a win.

The “Winning” track made it onto the list due to the unique lyrics and positive vibes it exudes.

Vic Mensa played an exceptional role together with Producer Juicexx and David Duncan who shot the video.