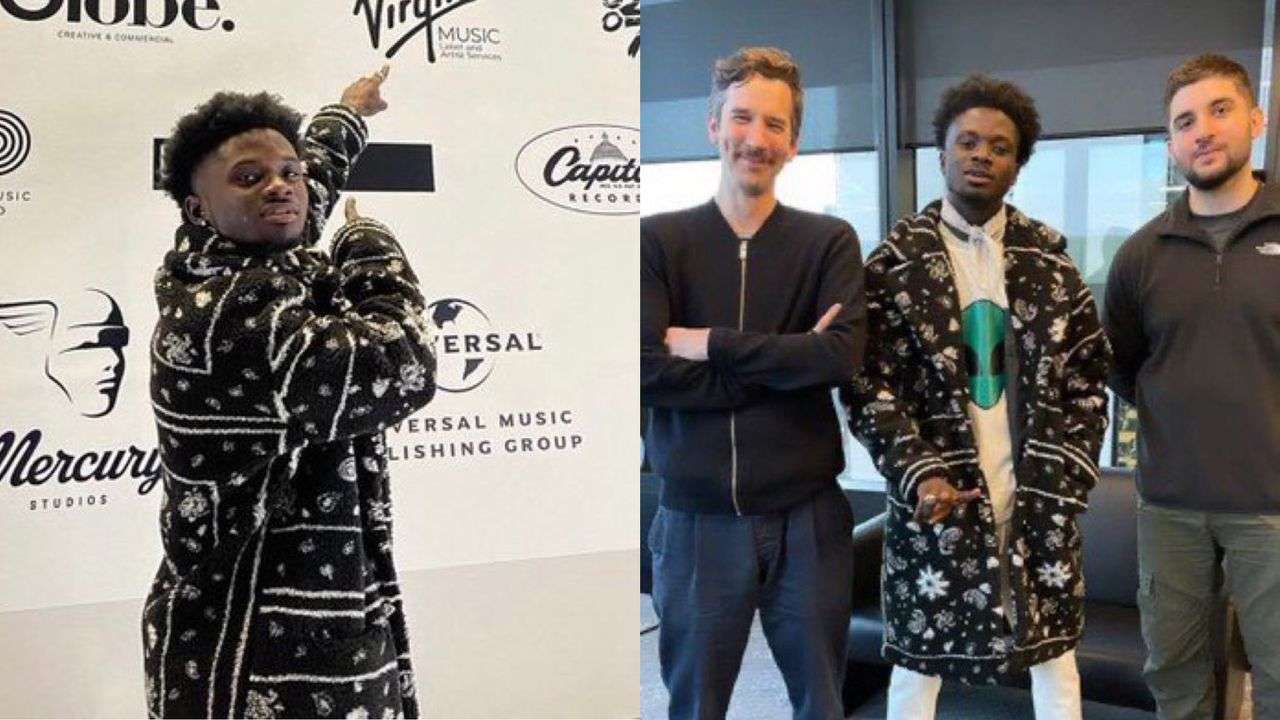 Kuami Eugene has given fans a hint about his intention or plans to leave his record label, Lynx Entertainment.

The hint was given by the “Angela” hitmaker in a tweet he made and immediately deleted.

According to him, the time has come for him to bow out of Lynx Entertainment.

He was taking this decision as part of the grand agenda to start everything on his own as an artist who is not tied to the apron strings of a demanding record label.

Kuami Eugene, after his breakthrough in 2017, was readily signed by Richie Mensah alongside KiDi to the Lynx Entertainment record label.

Within that period, singer Mzvee, who was also on the record label, had to leave. She had given several reasons for his actions.

Will Kuami Eugene be the next to leave Lynx Entertainment?

The writing appears to be clear on the wall.

Kuami Eugene has always given a hint. Apart from his recent post with Universal Music, where many think he is headed, he has also been reposting his music videos on his Youtube channel.

His recent “Take Away” music video, which was shared by Lynx Entertainment on YouTube, was later reshared on Kuami Eugene’s YouTube page.

Kuami Eugene’s pockets of actions give a hint or clue about the clear intentions of Kuami Eugene to leave Lynx Entertainment soon.

What you must know

According to close sources, Kuami Eugene is not happy with Richie Mensah over some clauses in the contract which forbid him from sharing videos on his YouTube channel and making revenue out of them.

This contract gives the record label the singular privilege to share videos, post songs, and track all the money made from them.

The artist whose work is being shared does not have the right to directly or indirectly make money from his work without the supervision of the record label.

These are demands the record label is not ready to negotiate or even compromise on. And as a result, Kuami Eugene wants to leave, either to start his own record label since he is a good producer or join a bigger and more lucrative one. Fingers crossed.