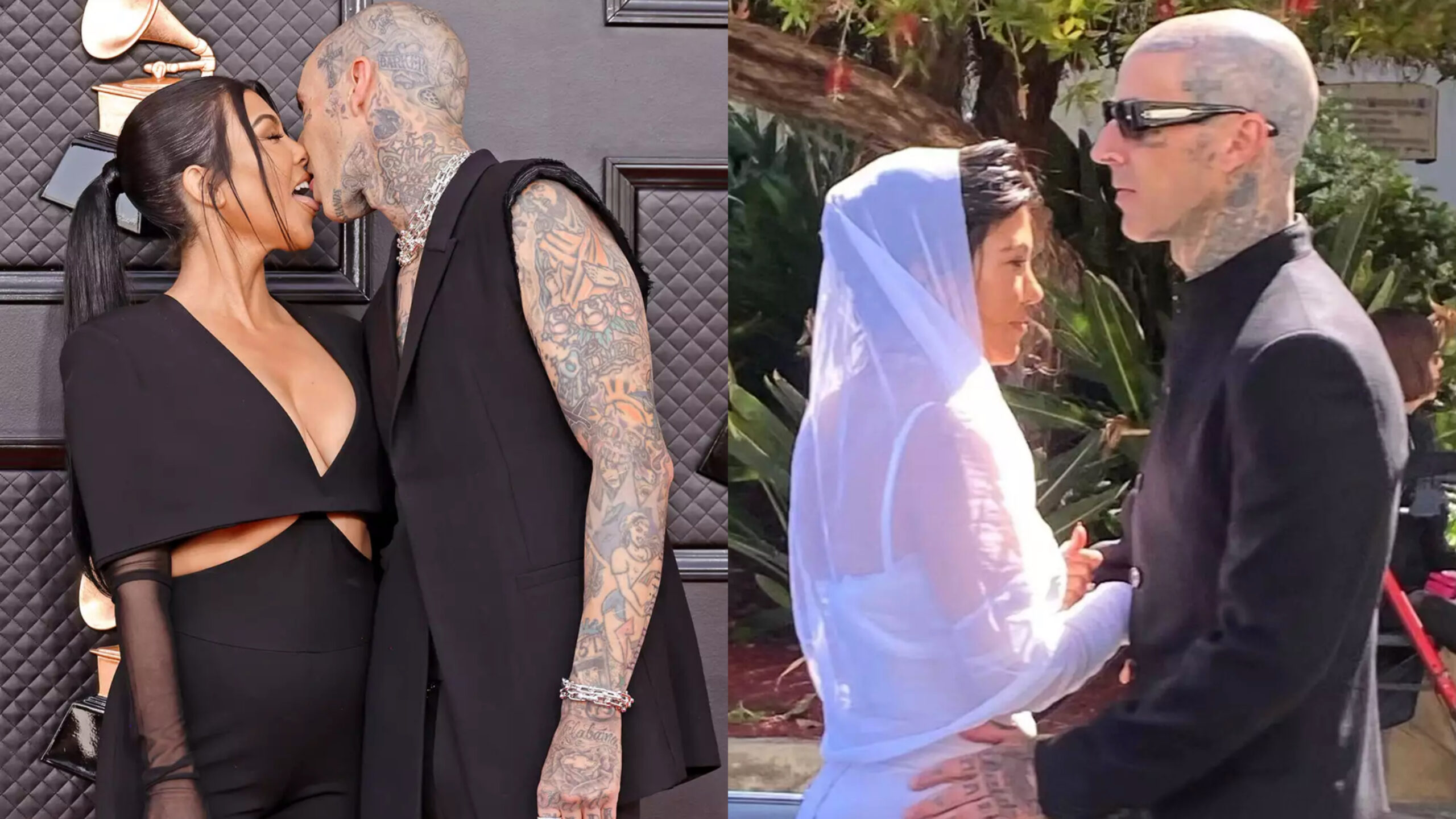 After less than a year of dating, Travis Barker and Kourtney Kardashian got engaged in October 2021.

According to a PEOPLE source, Kourtney Kardashian and Travis Barker married on Sunday after a “practise wedding” in Las Vegas on April 4.

According to the insider, the reality star and the drummer married lawfully in Santa Barbara in front of a few close friends and family members. The news was initially reported by TMZ.

“They had to officially marry first,” the source tells PEOPLE, “before their huge Italian wedding, which is coming up shortly.” “All the details are in place, and the entire family, including the children, is ecstatic.”

Kardashian, 43, and Barker, 46, were engaged on the beach in Montecito, California, in October 2021. The Blink-182 rocker got down on one knee after the couple had been dating for less than a year. The party continued with a surprise supper for both their families, which was documented for The Kardashians on Hulu.

Their prior commitment ceremony, which was not legally binding, took place at One Love Wedding Chapel after the 2022 Grammy Awards at around 2 a.m. local time, with an Elvis Presley impersonator officiating.

Kardashian and Barker did not seek a marriage licence, and Kourtney later confirmed that their union was not legal.

As shown on this season of The Kardashians, Kardashian and Barker have been attempting to conceive a child.

Both Kardashian and ex-husband Scott Disick have children: Mason, 12, and Reign, 7, as well as daughter Penelope, 9. With ex-wife Shanna Moakler, Barker has a son Landon, 18, and a daughter Alabama, 16. He’s also kept in touch with Atiana, his 23-year-old stepdaughter, whom he shares with boxer Oscar De La Hoya.