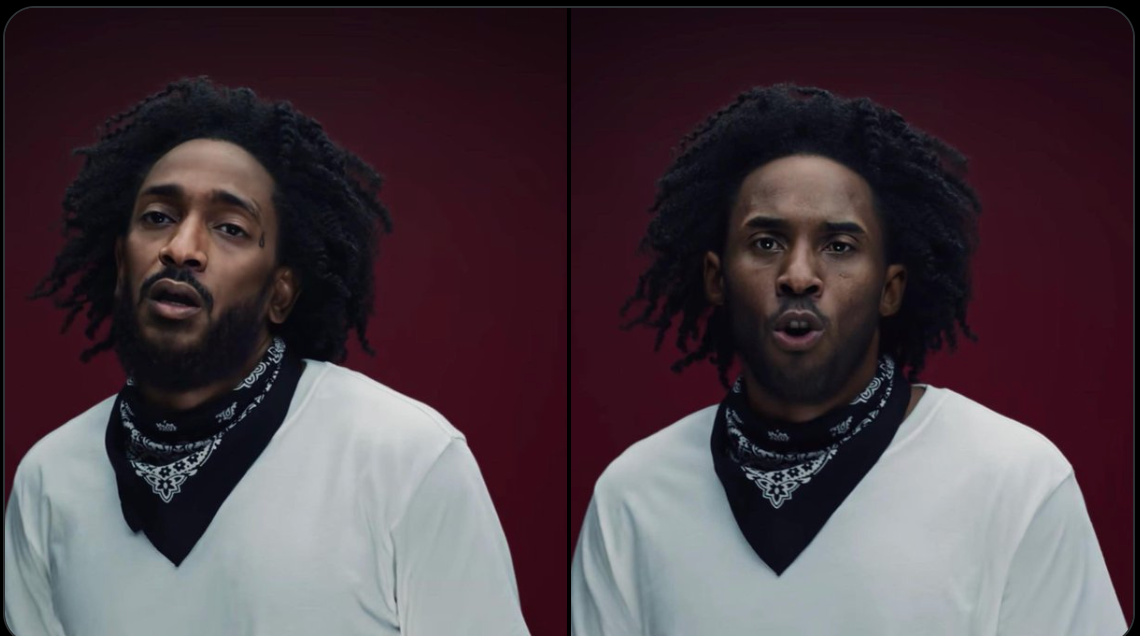 Kendrick Lamar is one of the favourite rappers in the world basically because of how rich his lyrics are and the symbolism and literary devices he employs in every rap line.

“The Heart Part 5” by Kendrick Lamar gives us a lot of new material to analyse. On Sunday evening, the five-minute track was published accompanying a music video in which his face morphs into O.J. Simpson, Kanye West, Jussie Smollett, Kobe Bryant, Will Smith, and Nipsey Hussle as he raps from each of their views.

This new song, like the others in Kendrick’s long-running “The Heart” series, heralds a new era for the Compton musician, as he prepares to release Mr Morale & The Big Steppers on May 13.

There’s a lot to absorb between the words, the production, the music video, and the context of his career, so the Complex Music team broke it all down. Here’s a breakdown of Kendrick Lamar’s new single “The Heart Part 5” and video.

“The Heart Part 5” includes a sample of Marvin Gaye’s semi-autobiographical 1976 song “I Want You,” which was inspired by his real-life affair with ex-wife Janis Hunter. It’s a seductive and passionate song, reminiscent of Marvin Gaye’s legendary classics like “Let’s Get It On.”

The production on “The Heart Part 5” contains stripped-back sections (particularly in the second half of the song), evoking the sensation of a spoken word message during an open mic night. Overall, it draws aural inspiration from 1960s and 1970s soul, funk, and rock.

In the midst of the song, Kendrick waits 15 seconds to inhale and exhale, the same amount of time it takes to check one’s heart rate. He also stops the drumming for Nipsey and Kobe, indicating a human heartbeat stopping.