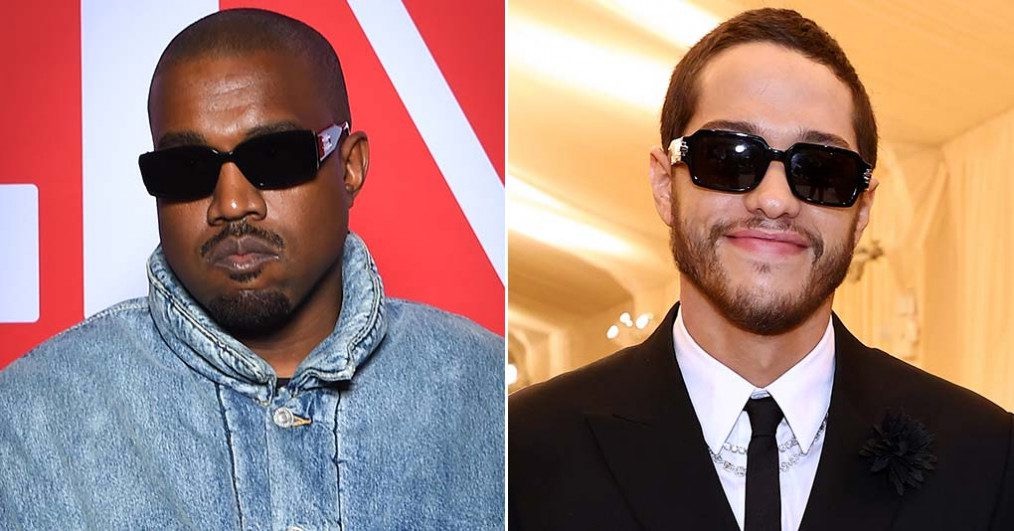 Kanye West returned to Instagram a few days after Kim Kardashian and Pete Davidson split up to celebrate the end of their relationship by once again taunting Davidson and insulting Kid Cudi.

A phoney front page of The New York Times with the headline “Skete Davidson Dead at Age 28” was posted by him.

“Kid Cudi planned to play funeral but afraid of bottle throwers,” was also written below it in small front.

Ye was outraged by Cudi’s association with Davidson, who went off stage mid-set at Rolling Loud Miami last month after irate concertgoers threw water bottles at him.

Ye dropped out of the event roster just days earlier, and Cudi took his place. The Yeezy tycoon nevertheless made an unexpected appearance during Lil Durk’s performance.

The relationship between the Kids See Ghosts bandmates changed in February when Ye revealed that Cudi will not be appearing on DONDA 2 because of his friendship with Davidson. West was referred to as a “dinosaur” by Cudi in return, who also said, “You ain’t no friend.”

Kanye West gives us the morning news by trolling the Pete Davidson and Kim Kardashian break up while taking a shot at Kid Cudi. pic.twitter.com/mzvVYw7cPe

After dating for nine months, Pete and Kim reportedly broke up on Friday. According to insiders, the former “SNL” cast member and beauty mogul have agreed to remain friends.

While he and Kim were dating, Kanye constantly attacked “Skete,” and in the music video for his song “Eazy” with The Game, he even showed his burial.

While Ye’s divorce with Kim is still pending, his fifth attorney has formally resigned from representing him. The former couple is getting along, according to those close to them, but the divorce is still going through.

According to a source who spoke to E! News, “Kanye’s divorce is moving forward.” They are enjoying their joint parenting.

Next post Beyoncé’s “Renaissance” Debuts at No. 1 on Billboard