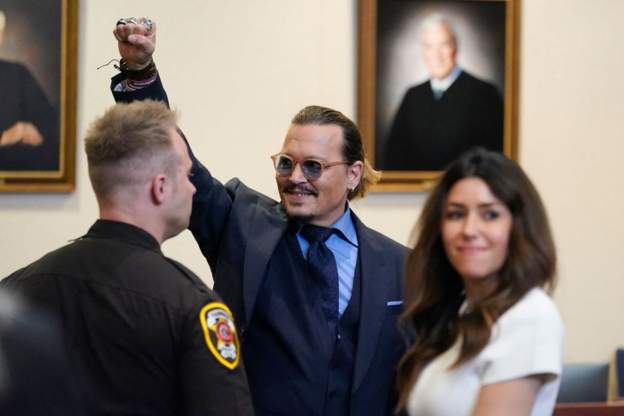 Popular Hollywood actor Johnny Depp has won the defamation suit brought against him by his ex-wife, Amber Heard.

Depp was found not guilty of two of Heard’s charges, but the jury did find him guilty of defaming her in one case.

When Heard contacted police at their residence in May 2016, a lawyer for Depp informed the Daily Mail that she had staged a “hoax.”

The jury’s foreperson was asked if they thought this was false.

Depp was then fined $2 million.

“Do you find that Ms Heard has proven by clear and convincing evidence that the statement was made by actual malice?” the judge asked.

Amber Heard was stone-faced as she listened to the jury’s decision.

Even if she received $2 million in compensatory damages from Johnny Depp, it would be insignificant given that she owes her ex-husband $15 million in damages.

It’s a stunning setback that defies many legal experts’ projections, and it’s all the more remarkable because it comes two years after Heard’s resounding victory in Depp’s lawsuit in London.

In a nutshell, they both won, but Johnny Depp came out on top.

Johnny Depp has released a statement following the jury’s verdict:

“Six years ago, my life, the life of my children, the lives of those closest to me, and also, the lives of the people who for many, many years have supported and believed in me were forever changed.

“The disappointment I feel today is beyond words. I’m heartbroken that the mountain of evidence still was not enough to stand up to the disproportionate power, influence, and sway of my ex-husband.

I’m even more disappointed with what this verdict means for other women. It is a setback. It sets back the clock to a time when a woman who spoke up and spoke out could be publicly shamed and humiliated. It sets back the idea that violence against women is to be taken seriously.

I believe Johnny’s attorneys succeeded in getting the jury to overlook the key issue of Freedom of Speech and ignore evidence that was so conclusive that we won in the UK.

I’m sad I lost this case. But I am sadder still that I seem to have lost a right I thought I had as an American – to speak freely and openly”.