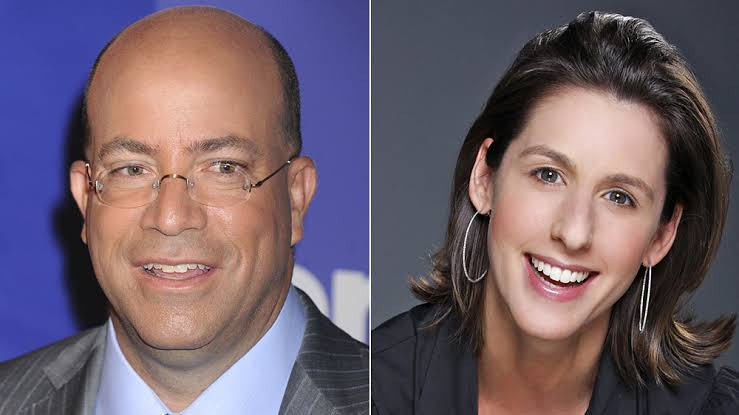 Gollust, 49, was a leading figure in the removal of ex-CNN anchor Chris Cuomo, WarnerMedia CEO Jason Kilar said in a letter shared by CNN reporter Brian Stelter, but was in a relationship with her boss, Zucker for years.

Zucker, 56, resigned Feb. 2 and acknowledged a consensual relationship with another CNN executive widely reported to be Gollust at the time.

After Zucker’s resignation, divorced Gollust who lived in the same apartment building stayed for two weeks in the company as the Chris Cuomo investigation was completed.

Cuomo was unceremoniously sacked in December after that same investigation found he tried to help his brother, then-New York Gov. Andrew Cuomo, dig up dirt on women who accused the governor of sexual assault.

Kilar said Tuesday that the probe, conducted by a third-party, was completed at the weekend and revealed Zucker and Gollust had a long intimate relationship.

“Based on interviews of more than 40 individuals and a review of over 100,000 texts and emails, the investigation found violations of Company policies, including CNN’s News Standards and Practices, by Jeff Zucker, Allison Gollust and Chris Cuomo,” Kilar wrote.

“I realize this news is troubling, disappointing, and frankly, painful to read,” Kilar wrote. “These are valid feelings many of you have.”

Multiple CNN employees reportedly believed that Cuomo was upset at Zucker over his firing and wanted to bring his former boss down with him as it was an open secret at CNN that Zucker and Gollust were dating.

“Notice Zucker mentioned how this came from the Cuomo investigation,” an anonymous CNN source told The Daily Beast after Zucker left.

“People think this is clearly Cuomo dragging down Zucker on his way out.”