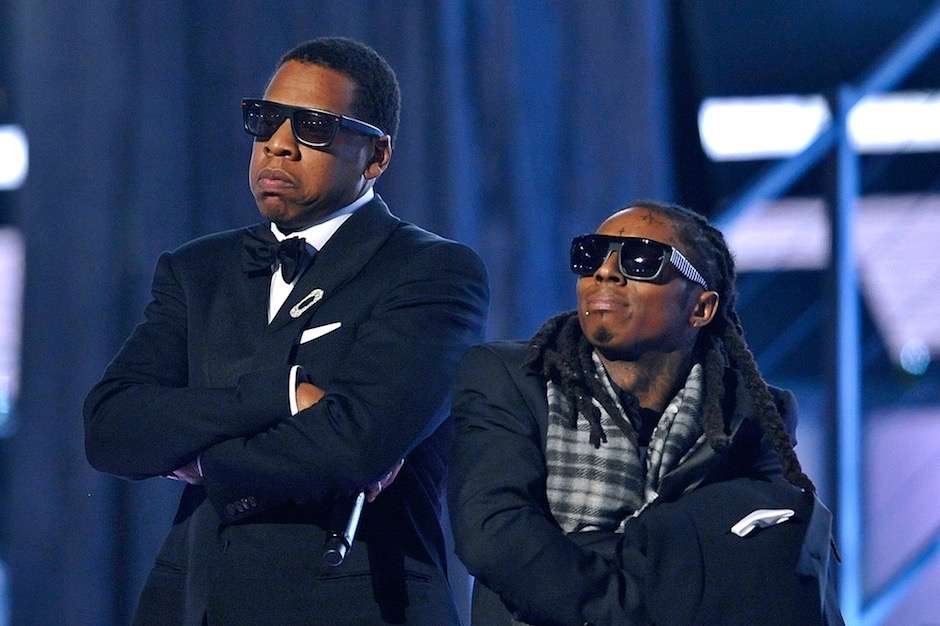 Lil Wayne has humbly declared Jay-Z as the Greatest Rapper Of All Time.

During an interview with Marcellus Wiley, Weezy was asked to name the greatest rapper of all time. He first responded with The Notorious B.I.G. before quickly changing his answer.

“I would ask forgiveness because I didn’t pay attention to the question,” he said before bestowing the honour upon another Mr Carter, JAY-Z.

“I’ll take that back. The greatest rapper of all time is Shawn ‘JAY-Z’ Carter,” he declared.

He went on to compare JAY-Z’s skills to star athletes. “That thing in rap, that only thing that only we know in rap, he has that. He’s the Tom Brady of that,” said Wayne.

Lil Wayne says Jay-Z is the greatest rapper of all time pic.twitter.com/Y4tXXeK3kL

It wasn’t too long ago that Wayne gave the GOAT title to Missy Elliott. Back in May, Tunechi was asked to name his top 5 rappers and he placed the “Get Ur Freak On” icon at the top of the list.

“For me, it’s always going to be first Missy Elliott,” he told FOX Sports’ “What’s Wright” podcast. “She’s a huge influence of everything I’ve ever done.”

At the time, Wayne also revealed the rest of his top 5, which included JAY-Z (“The best to ever even speak”), Biggie, Goodie Mob, and UGK.

This weekend, Weezy will return to his hometown of New Orleans for his rescheduled Lil Weezyana Fest. The festival, which was delayed from August due to “unforeseen circumstances,” features an all-star lineup including Rick Ross, Cam’ron, Quavo and Takeoff, and Weezy himself, along with some surprise guests.