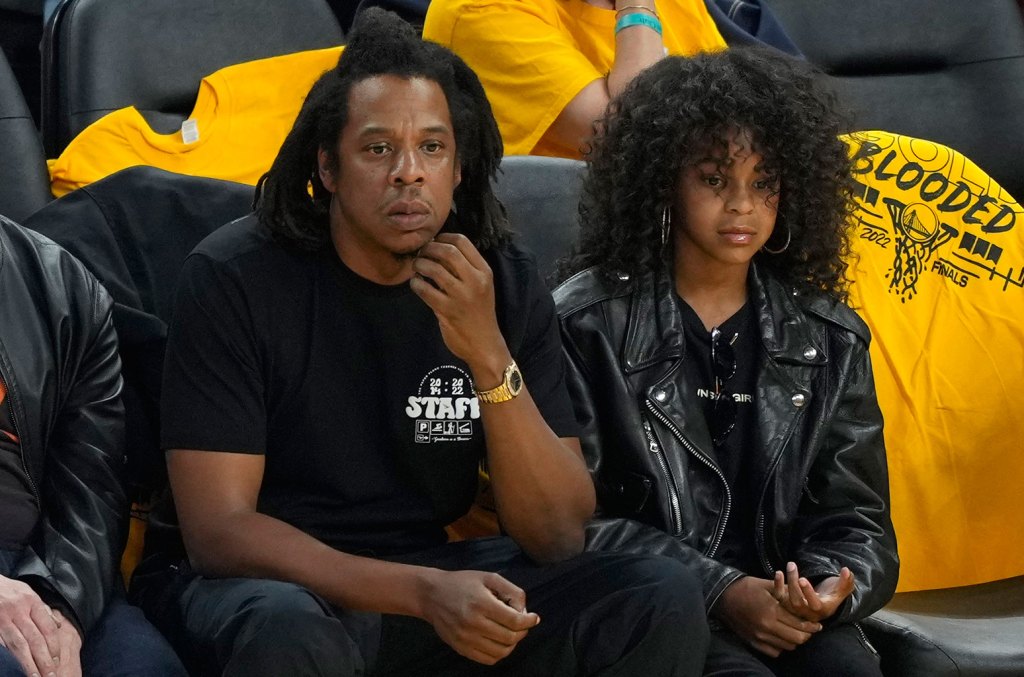 Jay-Z and his daughter Blue Ivy were in attendance, and as the camera went to them in the audience, they shared an amazing father-daughter moment.

On Monday night (June 13), Game 5 of the NBA Finals, which pitted the Golden State Warriors against the Boston Celtics, included some very special celebrity guests courtside.

“Back with us in the bay at Chase Center today, 24-time Grammy award winner, the one and only, Jay-Z!” the announcer exclaimed in a clip uploaded by the NBA on Instagram as a camera zoomed on the duo.

Blue Ivy, who was dressed in a black moto jacket, black trousers, and black and white Nike sneakers, was then pulled in for a lovely hug and kiss on the cheek by the rapper, despite her first attempts to brush off her father.

Blue Ivy’s curly hair and hoop earrings drew similarities between the two, and fans of the father-daughter combination were eager to remark on how much she looked like her mother Beyoncé.

The 10-year-outfit old’s for the NBA Finals was eerily similar to Beyoncé’s on MTV’s Total Request Live on February 28, 2007, when she wore her hair in big, brunette shoulder-length curls and accented with extravagant gold hoop earrings.

Beyoncé was not in attendance for the game, and people speculated that she may have been preoccupied.

The 28-time Grammy Award winner had just scrubbed her profile photographs across all of her social media channels a few days prior, leading the BeyHive to anticipate that new music was on the way. Beyoncé has yet to confirm the release of her new album, but it will be her first since 2016’s Lemonade.

Below is a video of Jay-Z and Blue Ivy’s lovely moments during the NBA Finals game.

Next post Nagaenthran: Last moment of Malaysian drug smuggler before his execution