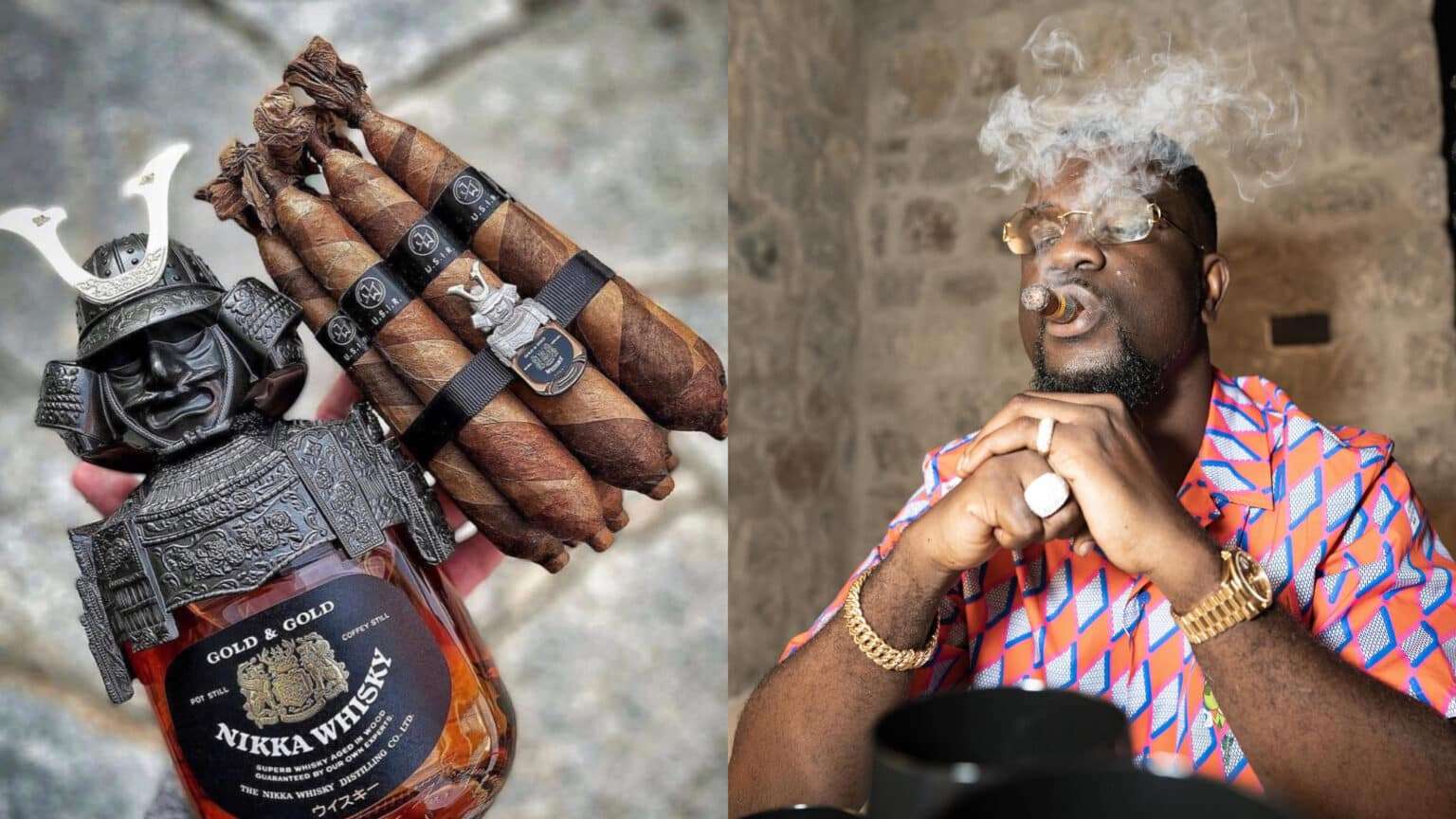 Sarkodie has opened up on his latest lifestyle choices, which have culminated in him smoking cigars.

According to him, he never assumed that he would love cigars, let alone be seen blowing them out publicly.

Speaking in an exclusive interview with Firestick, Sarkodie said he does not trust himself when it comes to making decisions, which is the reason he has taken to smoking.

He also added that growing up, his lifestyle decision was to remain clean, but as time went by and with the growth of his brand, he had to reconsider his choices and start smoking.

“I don’t trust myself…I never thought I would be smoking cigars, but look at me now, I smoke” he said.

Sarkodie’s sudden love for smoking has not sat well with so many fans who gravitated toward him because they deemed him quite different from the lot.

However, Sarkodie has intimated that smoking cigars are a mark of success. However, he is not encouraging people to commit the act of smoking.

Meanwhile, Bongo Ideas, in a recent tweet, said Sarkodie’s association with one KJ Spio necessitated the rather odd lifestyle choice of the rapper.

The only influence this guy has had on Sarkodie’s career is to teach him how to blow cigars without shame. He has corrupted Obidi real bad.

The only influence this guy has had on Sarkodie’s career is to teach him how to blow cigars without shame. He has corrupted Obidi real bad. pic.twitter.com/Fyri59llda