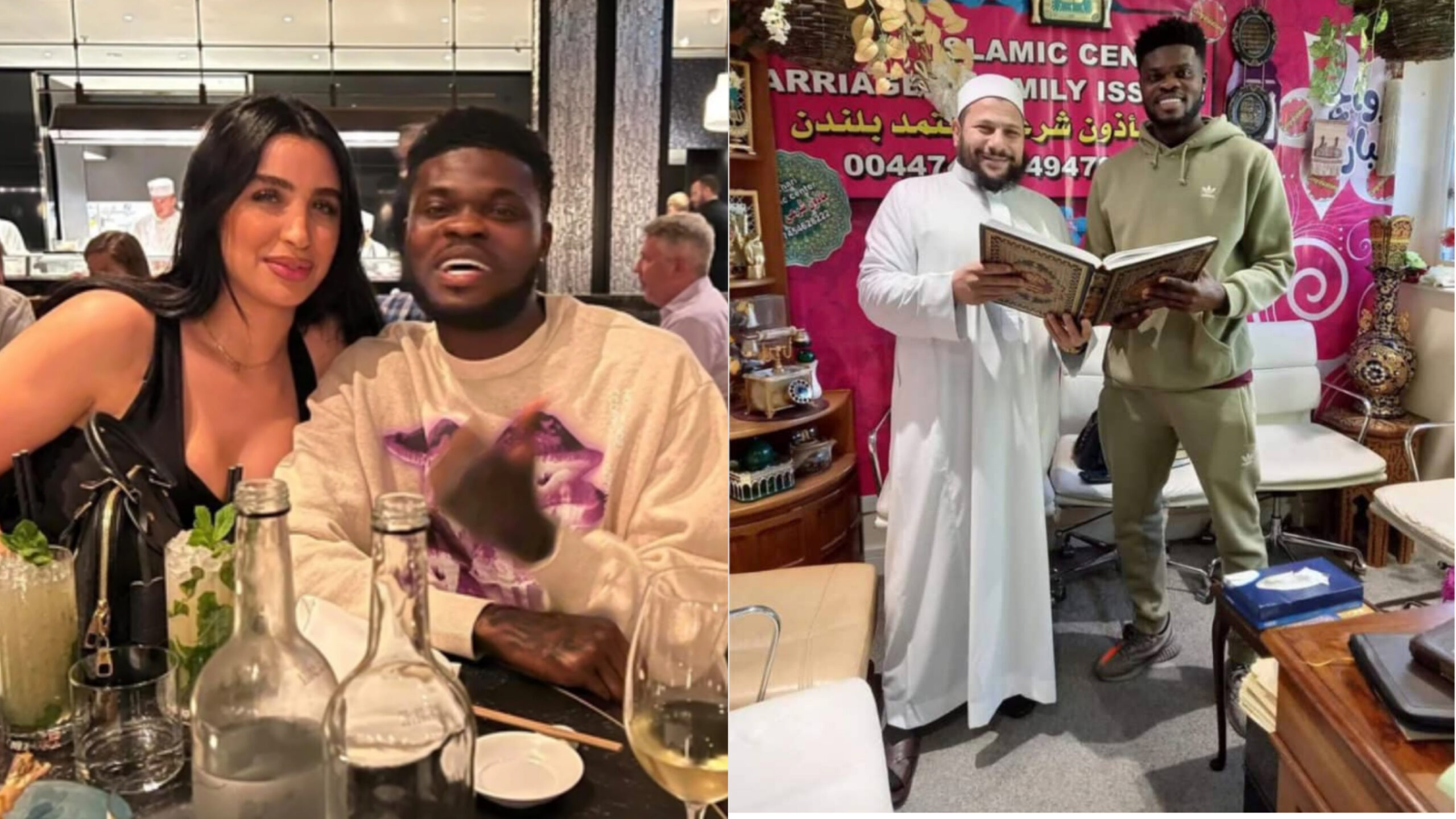 When news of the Ghanaian player Thomas Partey’s conversion to Islam came out, many were shocked and could not understand the reason for the religion switch.

Although Partey was not known as a devout Christian before converting to Islam, many could only guess the reason for his action.

The Arsenal midfielder in an exclusive interview has thrown light on why he decided to convert to Islam.

Thomas Partey has mentioned his Moroccan girlfriend as the reason for his conversion. It became imperative for him to convert if he wanted to spend his future with the pretty Muslim lady.

In an interview with Nana Aba Anamoah, Thomas Partey revealed that he was afraid the lady would leave him if he did not accept to convert.

“I have a Moroccan girlfriend so I had to convert. I was afraid she would leave me because I loved her. I grew up among Muslims so it’s not a big deal”

Thomas Partey was known to have a girlfriend before his move to Arsenal from Atletico Madrid in 2020. The midfielder has found a new love in London and converted to Islam to suit her woman.

Check out the video below: