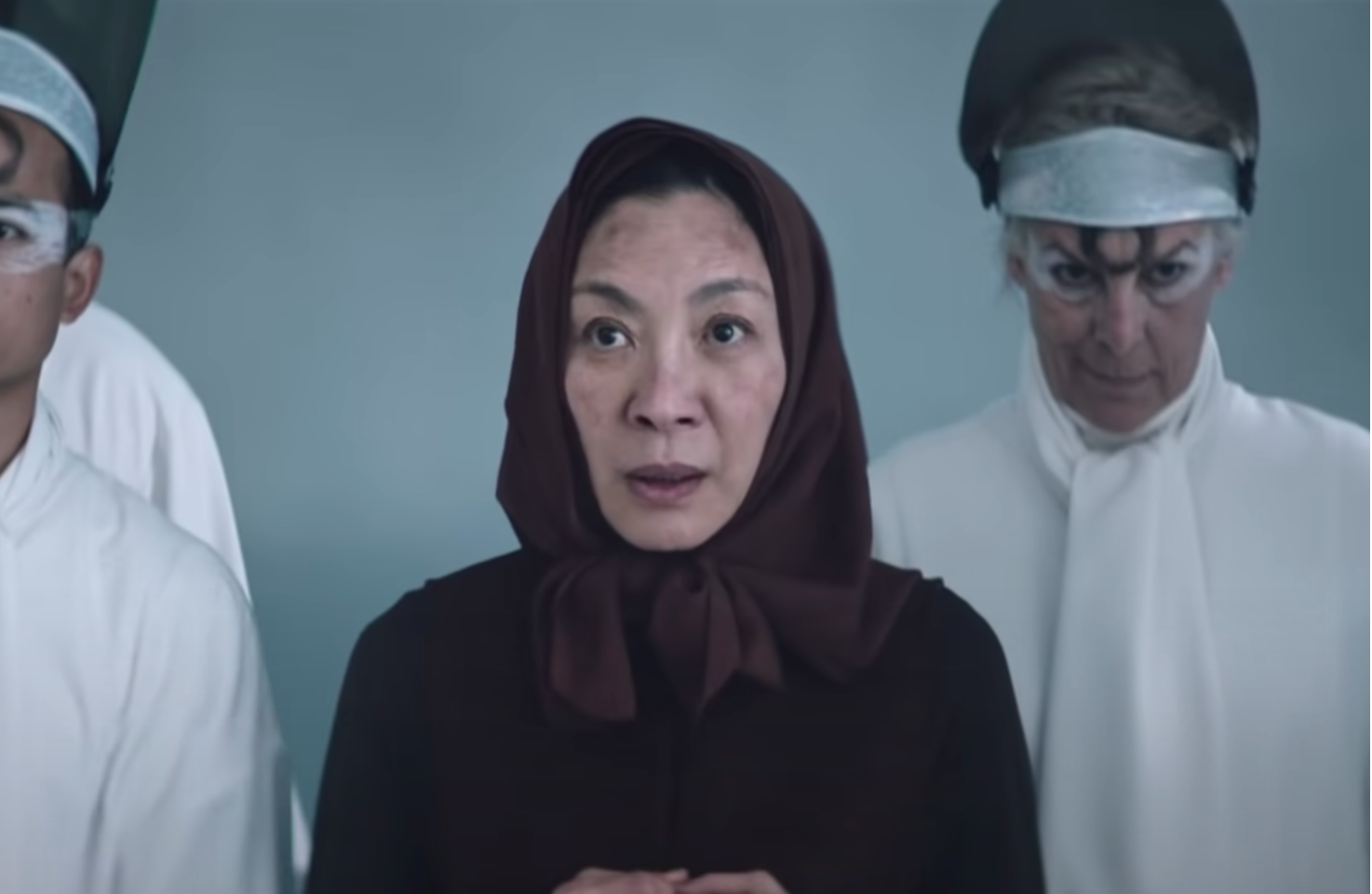 Daniel Scheinert and Daniel Kwan, commonly known as “Daniels,” wrote and directed Everything Everywhere All at Once, the best American film exhibition of Michelle Yeoh’s abilities to date.

Yeoh plays Evelyn, a wife, mother, and launderette entrepreneur who is facing an impossible tax audit in the film. She’s also a slew of other “Evelyns,” ranging from an action star to a Chinese opera diva to a thinking and moving boulder perched on a desolate cliff.

Daniels crafted the script specifically for Yeoh, even giving her character the name Michelle. During a Zoom interview, Scheinert remarks, “Which I believe was flattering when she first read the script.” “She also didn’t like it.”

Two elements, according to the directors, influenced Yeoh’s decision to take the job. One of them was Jamie Lee Curtis, who plays Deidre, a ruthless tax auditor, and who demonstrated that she was willing to put her entire screen character on the line. The other was Yeoh’s friendship with the Daniels themselves.

“We value the behind-the-scenes chemistry between performer and director,” Kwan explains. “You can push in ways no one would predict when you trust the director and the director can trust the actor.” Michelle is stretching her powers in every area conceivable and succeeding in every part, as you can see on screen.”

Although this is only their second feature, after the cult favourite Swiss Army Man , Daniels have built a sizable social media following

They’ve built a crew of collaborators over the course of their music videos and short films.

Andy and Brian Le, better known on YouTube as the MartialClub, were added for stunt work in this film.

Kwan explains, “We grew up on kung fu action, which is extremely particular.” “In our opinion, no one compares to Yuen Woo-ping.”

“We wanted rhythm, comedy, and a story in our fights,” Scheinert adds. “We wouldn’t be able to compete with Hollywood’s scope of action, but with Andy and Brian, ours would have the excitement of the Hong Kong films we enjoy.”

“They never had any formal training,” Kwan explains, “but they’ve memorized all of Jackie Chan’s and Michelle’s movements.” “Because Michelle is such an icon in their world, working with her blew their minds.”

“They’d say things like, ‘I can’t believe I get to fight Michelle every day.’ “And we’d say, ‘Sorry, you’ll have to do it without your trousers on,'” Scheinert laughs.

Did Yeoh ever have second thoughts about, say, dancing with her lesbian girlfriend while wearing hot dogs for fingers?

“I guess we got lucky without realizing it,” Scheinert adds, “but she was extremely down with the script.”

“You’d walk up on set in the morning in the Hong Kong manner of filmmaking that she started out in, and they’d basically tell you, ‘This is what you’re doing today.'”

“Most of their scripts were only outlines,” Kwan says. “People would kind of make it up as they went along, with varied degrees of success,” says the author.

“Michelle still has a little bit of a can-do mentality,” adds Scheinert. “It’s difficult to faze her. So it wasn’t only her out there, we tried to embarrass ourselves as well. Jamie Lee also provided Michelle a great confidence boost. They’d take turns doing outrageous things as if they were accomplices in crime.”

“I can’t emphasize how significant Jamie Lee’s appearance was,” Kwan explains. “They felt like they could accomplish anything when they were together.” They were willing to accompany us because of their mutual regard.”

Scheinert recalls, “Michelle was a lot more vulnerable and humorous than we hoped or expected.” “I think she loved our responses to inquiries like, ‘Why on Earth did you write this?'” says the author.

Daniels’ admiration and regard for Yeoh also played a role. They may reference feats from Yes, Madam, Supercop, and a slew of other films starring Yeoh. Their work, in some ways, echoes the frantic energy of a previous generation of filmmakers while also forging its own path to a new audience.

0
InDaniel Scheinert, Everything Everywhere At Once, Michelle Yeoh