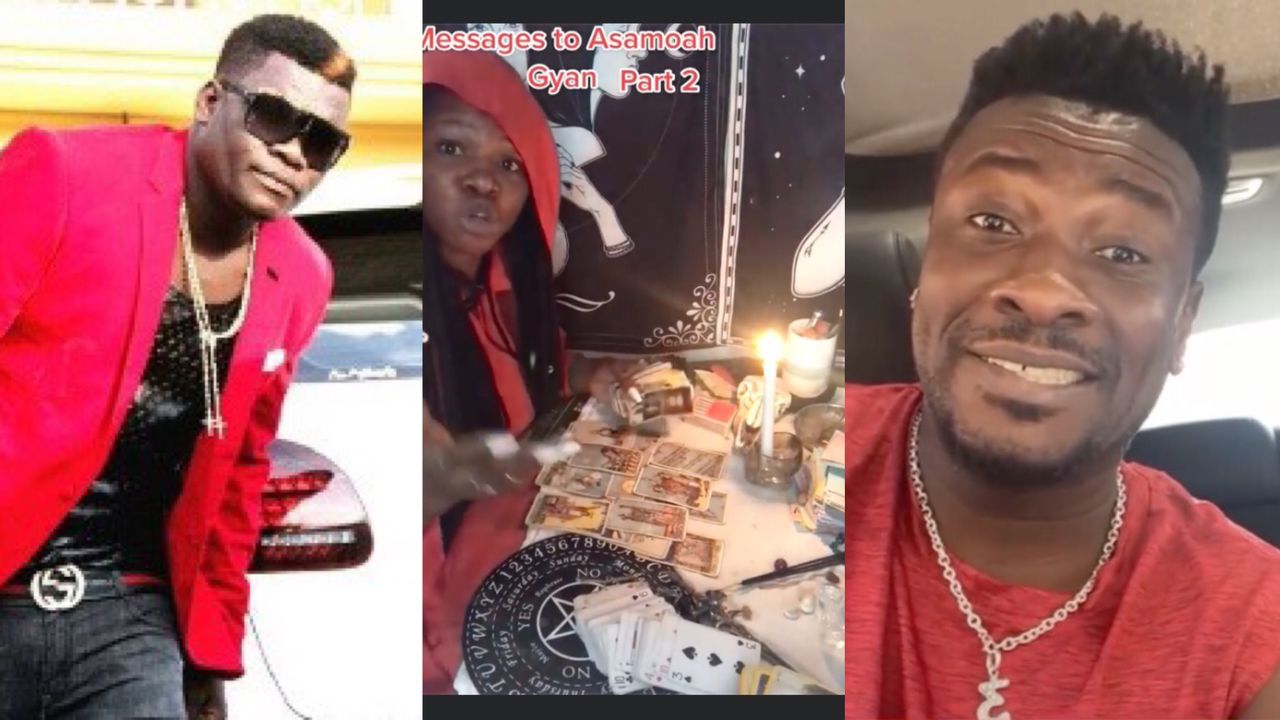 A supposed witch doctor has called out Asamoah Gyan as the killer of singer Castro Underfire.

According to her, Asamoah Gyan masterminded and executed the eventual killing of Castro as a plot to end his career.

Speaking in a video where she was reportedly consulting the spirits about the death of Castro, the “Daughter of Mami water” pointed fingers at Asamoah Gyan.

Although Castro has been declared dead along with his girlfriend, Janet Bandu, after they went missing about 8 years ago while skiing on the Ada estuary, the witch doctor believes it has everything to do with Asamoah Gyan.

She also asked Asamoah Gyan to come forth to tell Ghanaians about his diabolical deals, which were hinged on greed and motivated by envy to kill the promising singer.

Meanwhile, Asamoah Gyan has reacted. According to him, he is unperturbed by the actions of the witch doctor to soil his reputation. He intimated that he has become used to the false accusations about his alleged involvement in the death of Castro.

However, he warned the witch doctor to tread carefully as he was poised to clear his name and put her in her proper place.

Check out video below…

Previous post Beyoncé’s “Renaissance” Debuts at No. 1 on Billboard

Next post Who is Andrew Tate? Biography of the controversial TikTok misogynist