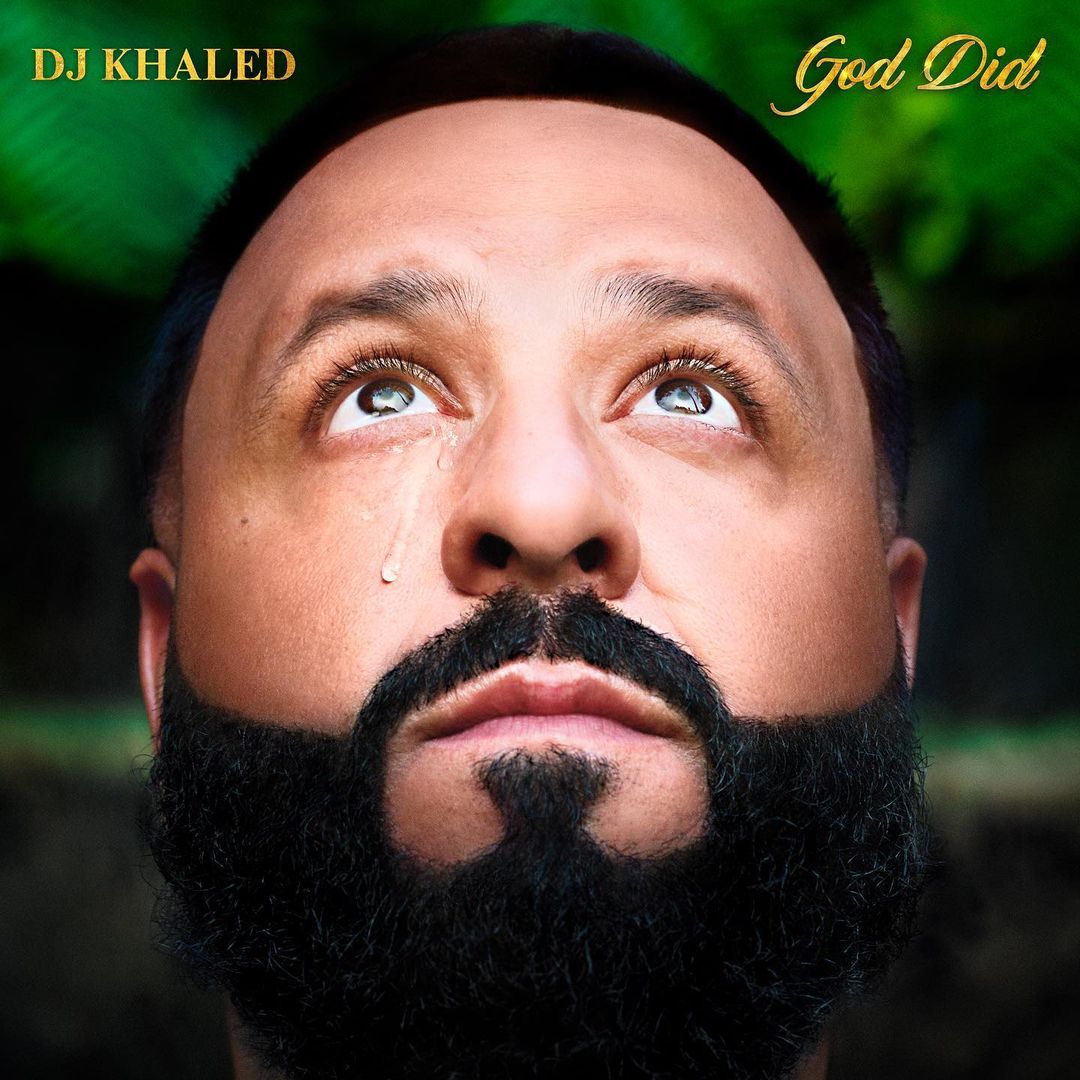 Rapper DJ Khaled is shedding tears of joy on his official album cover for God Did.

The hip-hop mogul has unveiled the artwork for his upcoming album, God Did, which will be released in a few days. Khaled is seen looking up in the moving photo taken by Lougè as a tear slides from his right eye.

“The tear symbolises joyous tears from God’s blessings.” I LOVE YOU SO MUCH, GOD!” he exclaimed. “I’m appreciative of everything and anything. God, thank you for blessing my loved ones, my friends, and my followers. YOU BELIEVED while NO ONE ELSE DID! I thank you every day. We are here to carry out GOD’S WORK.

God Did, Khaled’s 13th studio album, will be released on Friday. It features the Drake and Lil Baby duet “Staying Alive,” as well as contributions from Kanye West, Roddy Ricch, 21 Savage, Future, and Vory.

Khaled gave an explanation of how he came up with the album title during his appearance on “Drink Champs” in 2015.

“Someone was telling me something while I was on the phone. I just continued to stare at it as they were explaining it to me. You know how you stare at the phone, wondering what the caller is saying? Then I thought, “Let me give you a call.” I placed it down when I hung up and had my head down for a moment,” he recalled. “I felt really let down. Damn, they don’t believe in us, I thought. Then, without delay, I exclaimed, “God did!” God commanded Khaled to keep his head high. Don’t give up.

Additionally, JAY-Z will collaborate with other unknown musicians on a track for God Did. He tore the doors down so that we could carry out our work. Khaled says I’m a next-level Hov lover. You can call him and talk to him about anything, and he will do so. Hov was on my CD, and that was all I had to say.