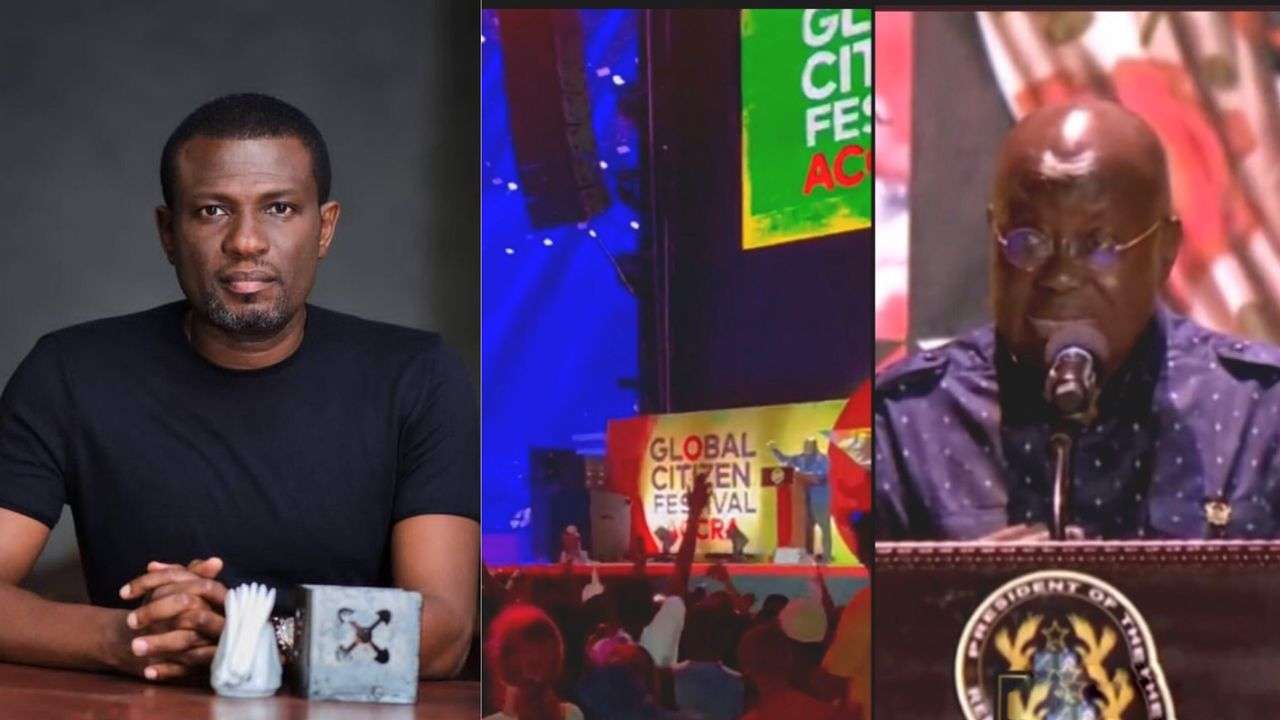 Okraku Mantey has been called out for making some unsubstantiated statements about the Global Citizen Festival, which was hosted in Accra-Ghana over the weekend.

The veteran producer said if not for President Akufo-Addo’s intervention, the festival wouldn’t have been hosted in Accra.

Speaking on Hitz FM, OkraKU Mantey, who doubles as the Deputy Creative Arts Minister, intimated that the organizers of the Global Citizen Festival originally wanted to host the festival in Lagos, Nigeria.

“President Akufo-Addo showed interest. Originally, they wanted to go to Nigeria. So, for some good reasons, we were the ones who won, “he said.

“Originally the #GlobalCitizenFestival was to be held in Nigeria, President Akufo-Addo showed interest, intervene and won the bid for Ghana.”—Mark Okraku Mantey reveals pic.twitter.com/NOVdQOZwqd

On the back of that statement, Okraku Mantey has been called out for lying about President Akufo-Addo’s intervention.

According to those who have called him out, Akufo-Addo played no role directly or indirectly in the organizer’s decision to consider Accra as the host city.

In another video, one of the lead organizers of the Global Citizen Festival revealed that a certain Jay was the reason the entire show was hosted in Accra. According to her, he helped solve their initial inconveniences.

Thus, Okraku Mantey has been called out for apportioning credit to Akufo-Addo when he does not deserve it at all.