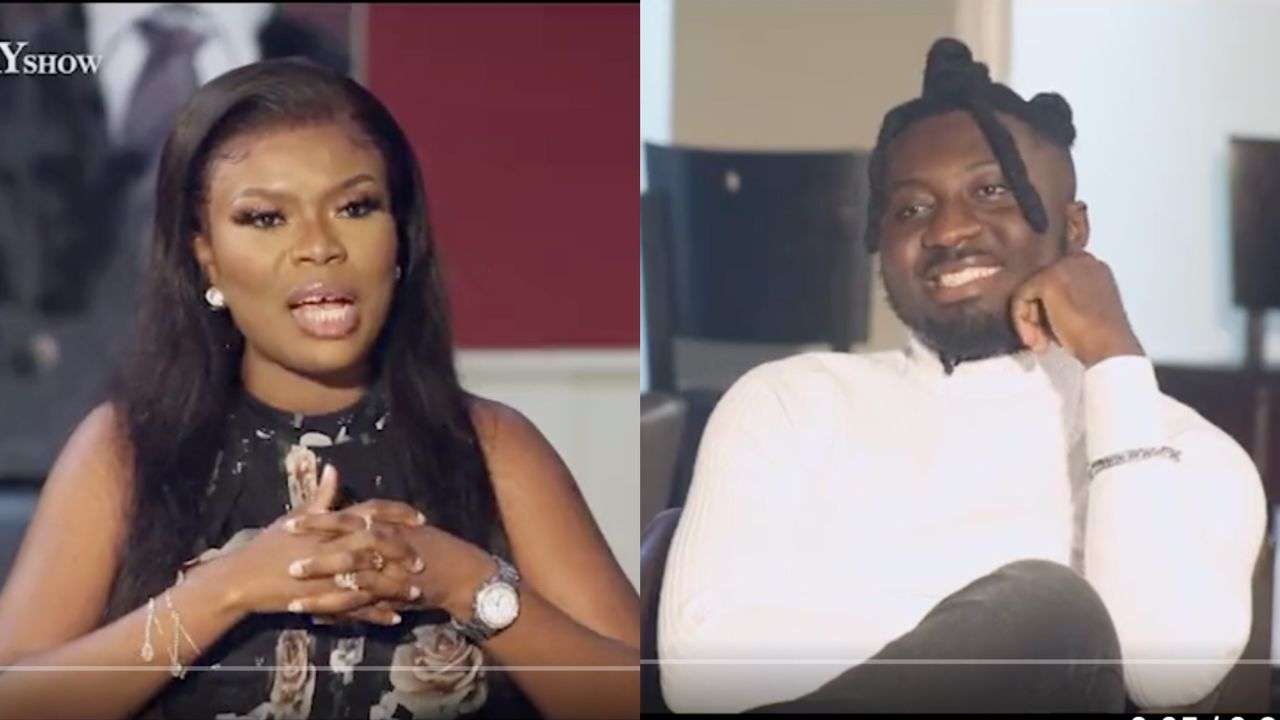 On the Delay Show hosted by Deloris Frimpong Manso aka Delay, rapper Amerado was asked about her supposed relationship with the host.

On the back of several rumours about Amerado dating Delay, she decided to put the rapper on the spot.

In a new interview, Delay asked Amerado to react publicly to the public perception that they were having an affair.

They said, ‘I’m your girlfriend. How true is that? ” -Delay asked.

In an attempt to swerve the question, Ameardo hooked his head, leaned back for a while, and asked for the next question.

Later on, she said Delay should be in a better position to answer since they were in the same boat.

Delay as the host also recuses herself from providing answers to her own questions.

“Then we both have to answer this question,” Amerado begged.

After Delay had pushed the button a notch higher and maintained that Amerado spoke to the subject matter, the rapper finally gave an answer.

Next post Free SHS: Students of SPACO fed gari and raw soup with just one fish