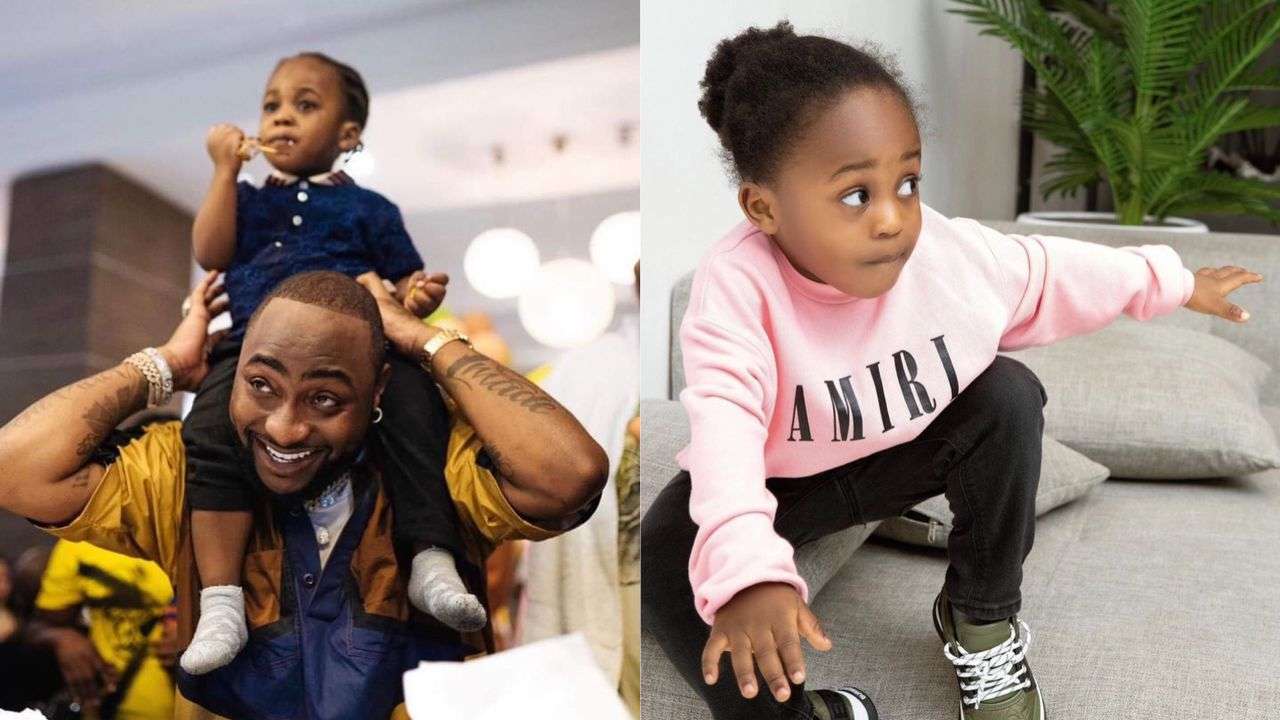 Ifeanyi was the son of Davido and Chioma and he has reportedly died.

According to Kemi Filani News, Ifeanyi Adeleke got drowned a few days after his third birthday which was on October 20.

Prior to Ifeanyi’s death, Davido was earlier today spotted teaching him how to swim.

In videos making the rounds on social media, the Electricity crooner was seen inside the big pool in his mansion with Ifeanyi.

Davido carried the three-year-old boy and made him flap his legs in the water as he gave him instructions on what to do.

The music star carried Ifeanyi around in the pool as the energetic boy continued to flap his legs.

Davido who was obviously impressed by his son’s performance was heard commenting on how he was a fast learner.

He said: “This one go learn quick”.

Before his rather sad and shocking death, Ifeanyi’s parents; Chioma and Davido had celebrated his third birthday in grand style.

Davido and Chioma’s loss is coming years after Nigerian singer Oladapo Daniel Oyebanjo, popularly known as D’banj and wife Lineo Didi lost their first child after a drowning incident in 2018.

Daniel Oyebanjo III who was barely one year  died after he drowned in a swimming pool at Dbanj’s residence in ikoyi, Lagos state.

Confirming the death of his son, the popular Nigerian Singer and entertainer posted a black photo on his Instagram account with the caption; “Trying Times. But my God is Always and Forever Faithful”.

According to local media, D’banj was in Los Angeles to attend the 2018 BET Awards when the death of his son occurred.

D’Banj and his wife Didi Lineo welcomed their son, named after D’Banj himself, Daniel Oyebanjo III back in May 2017.

The couple wedded in June 2016 in a very private ceremony only nuclear relatives from both sides were invited.

However, they welcomed two more kids after the death of the first one.

What Was The Cause Of Davido’s Son’s Death.

According to the preliminary report, Ifeanyi, 3 drowned while swimming in the family pool in their estate.

He was left in the company of a nanny who was supposed to keep an eye on him.

Nevertheless, the family’s close friends have used social media to post mysterious messages despite the absence of public word from the grieving.

Dorathy Bachor exclaimed in an unprinted post, Eniola Badmus posted a sorrowful emoji, and Beauty Tukura begged that the tragic story was untrue.

Nevertheless, the family’s close friends have used social media to post mysterious messages despite the absence of public word from the grieving.

Dorathy Bachor exclaimed in an unprinted post, Eniola Badmus posted a sorrowful emoji, and Beauty Tukura begged that the tragic story was untrue.

Ifeanyi was reportedly immediately sent to Evercare hospital, where he was tragically declared dead when he arrived.

Although the cause of the little child’s presence in the pool area is unknown, Nigerians have questioned why his caregivers failed to detect his absence given that he had supposedly been in the pool for a considerable amount of time.

Concerned Nigerians are flooding in with queries, so SP In order to determine what actually happened, Davido’s domestic employees have been taken in for interrogation, according to Benjamin Hundeyin, the police spokesman.

“Domestic staff at Davido’a home have been taken to the station to give their own account of what happened. I wouldn’t call that arrest yet.

“If after they all give their own account of what happened and after preliminary investigations, any one of them is found culpable, the person will now be placed under arrest.

“Yes, the nanny is also with them. We are interviewing them separately to understand what happened. It is indeed a painful situation and we condole with the family.”

Singer Wizkid has sympathized with Davido following the sudden death of his 3-year-old son, Ifeanyi.

As a result, he has deleted posts promoting his upcoming album.